Beer traces its roots to ancient man with evidence of its existence dating back approximately 7,000 years. It certainly isn’t difficult to picture a group of cave men, draped in crude cloth with clubs resting at their sides, sharing a hollowed out bowl of ale. Though methods (and clothing) have thankfully evolved, the process is similar. The best tasting beer is still brewed by a group of men sampling and correcting until they all grunt in approval.

In 2007, three friends turned a renovated pole building in Syracuse, Indiana into a guys retreat. It became the perfect hang out to relieve the daily stress with no work, no worries and, of course, no women. They soon dubbed their gateway the “man cave.” With the beer (and b.s.) flowing freely it wasn’t long before they came up with the idea to try their hands at brewing beer. 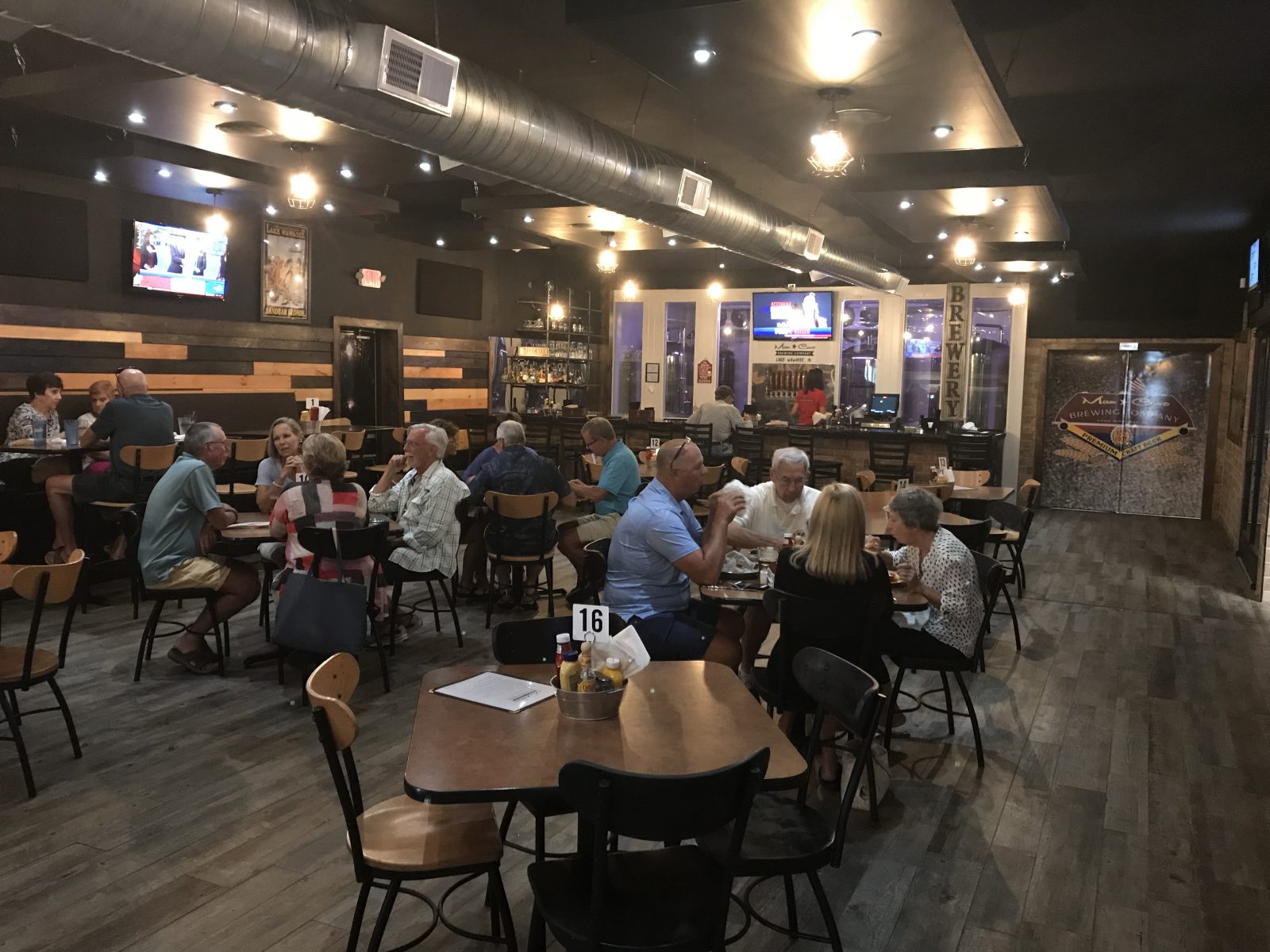 After perfecting their recipes, they began sharing the concoctions with friends. The feedback was positive. These brews were light and smooth with great flavor. Friends prompted the men to brew more and share their passion. After years of brewing experience, the three decided to make their brews available to the public and Man Cave Brewing Company was born. After all, they could now tell their wives they were doing something constructive

and spend more time at the “man cave.”

On the shores of Lake Wawasee, Man Cave Brewing Company uses a 10 barrel brewing system to produce their smooth and easy to drink ales. The flavors are sure to please any palate from light and crisp brews like Honey Badger and Sandbar Blonde to the darker Wee Heavy Lass. Grab a Man Cave Brewing Company concoction, taste how beer is being reinvented, and grunt your approval.